For some people, a car is just a way to get from point A to point B. But for others it sparks a more emotional response. Cars come in so many colours, shapes, and styles, and a lot of art and engineering goes into their design. A concept car is how manufacturers test the waters before commercializing a new model. In other words, concept vehicles usually present an idea or vision of where the automaker is going with its design.

Some prototypes become a reality, while others remain in the concept stage. Either way, these are the innovations that drive the automotive industry forward. So without further ado, here are the top ten concept vehicles for 2021.

The Nissan Ariya is slated for release to the North American market in 2022 and will be Nissan’s first fully electric SUV. According to the carmaker, the production model will be virtually identical to this concept vehicle and will come with two choices of battery (65 or 90 kilowatt-hours) for a total range of 321 to 482 kilometres. A four-wheel drive option will put the Nissan Ariya on par with the latest generation of electric SUVs like the Ford Mustang Mach E, the Tesla Model Y, and the Volkswagen ID.4. 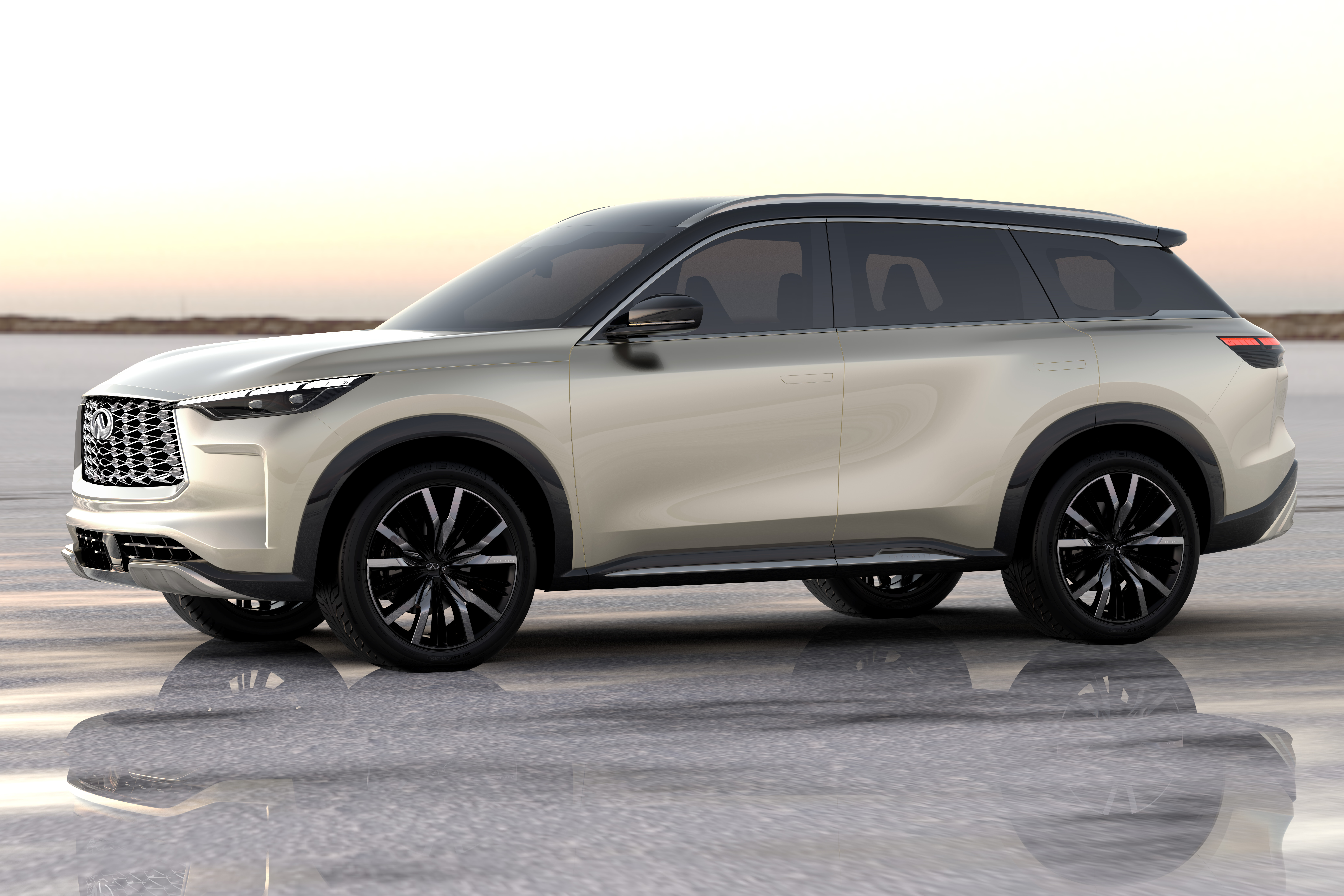 The Infiniti QX60 Monograph debuted in fall 2020, offering a glimpse of the design cues for the next generation of Infiniti QX60 SUVs and the carmaker’s overall vision for the future. The QX60—a collaboration between Infiniti’s Global Design Center in Atsugi, Japan, and the U.S. design team in San Diego, California—shows a clear lineage with the QX50 and other current models but has a new, more modern, distinguished look.

And Canadians will be proud to learn that Montreal’s own Karim Habib left his mark on the vehicle’s design before leaving Infiniti. 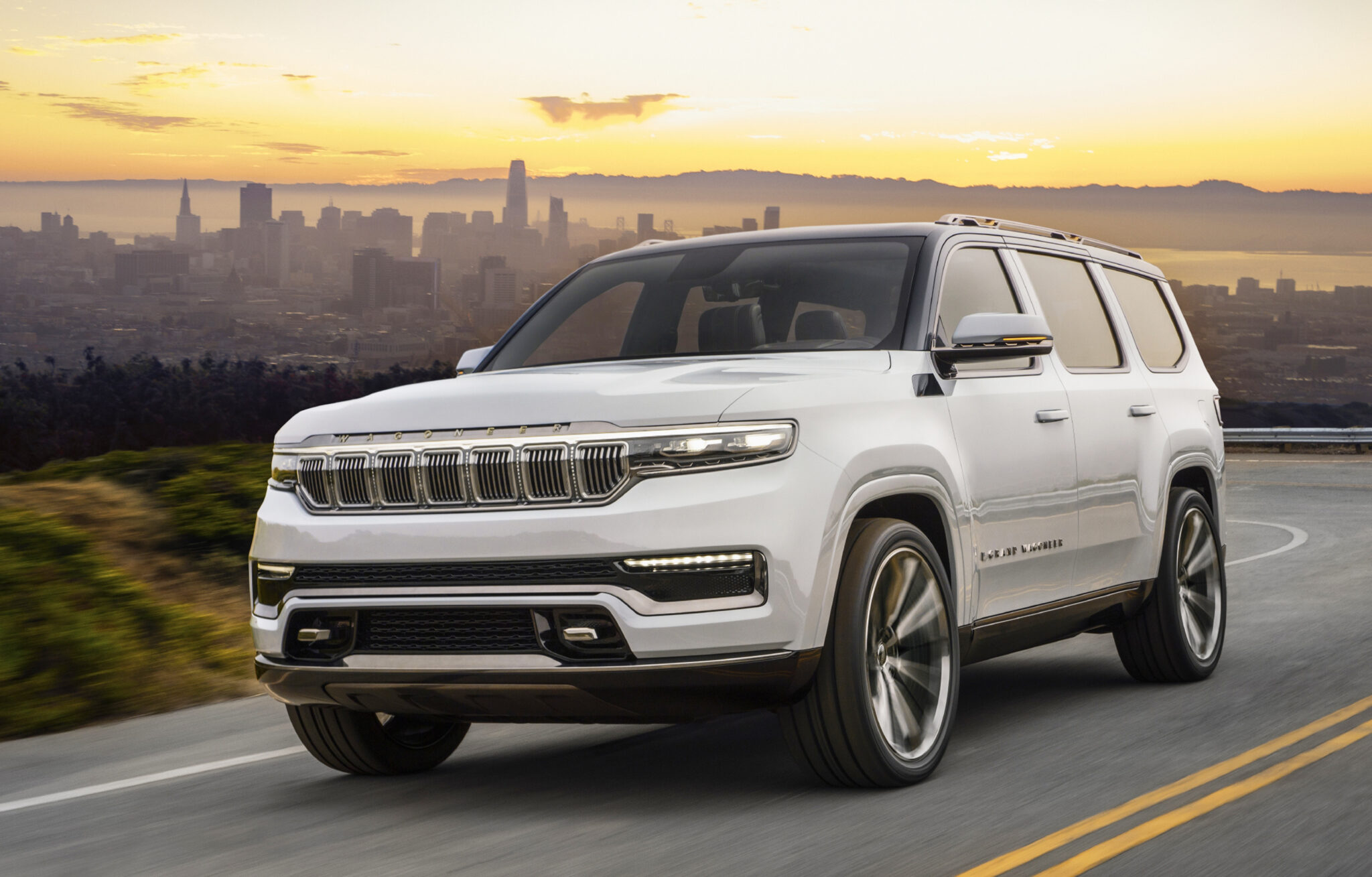 After a 30-year break, the updated and upstyled Jeep Grand Wagoneer will make its comeback in the 2022 Jeep lineup. Jeep says the production model will be very close to the concept design unveiled online at a media-only reveal in fall 2020. While the carmaker is keeping the technical specs of its biggest SUV under wraps, it has confirmed that the vehicle will have a plug-in hybrid powertrain. And at least in the concept, the Grand Wagoneer cabin has a whopping seven LCD screens, each displaying different information. 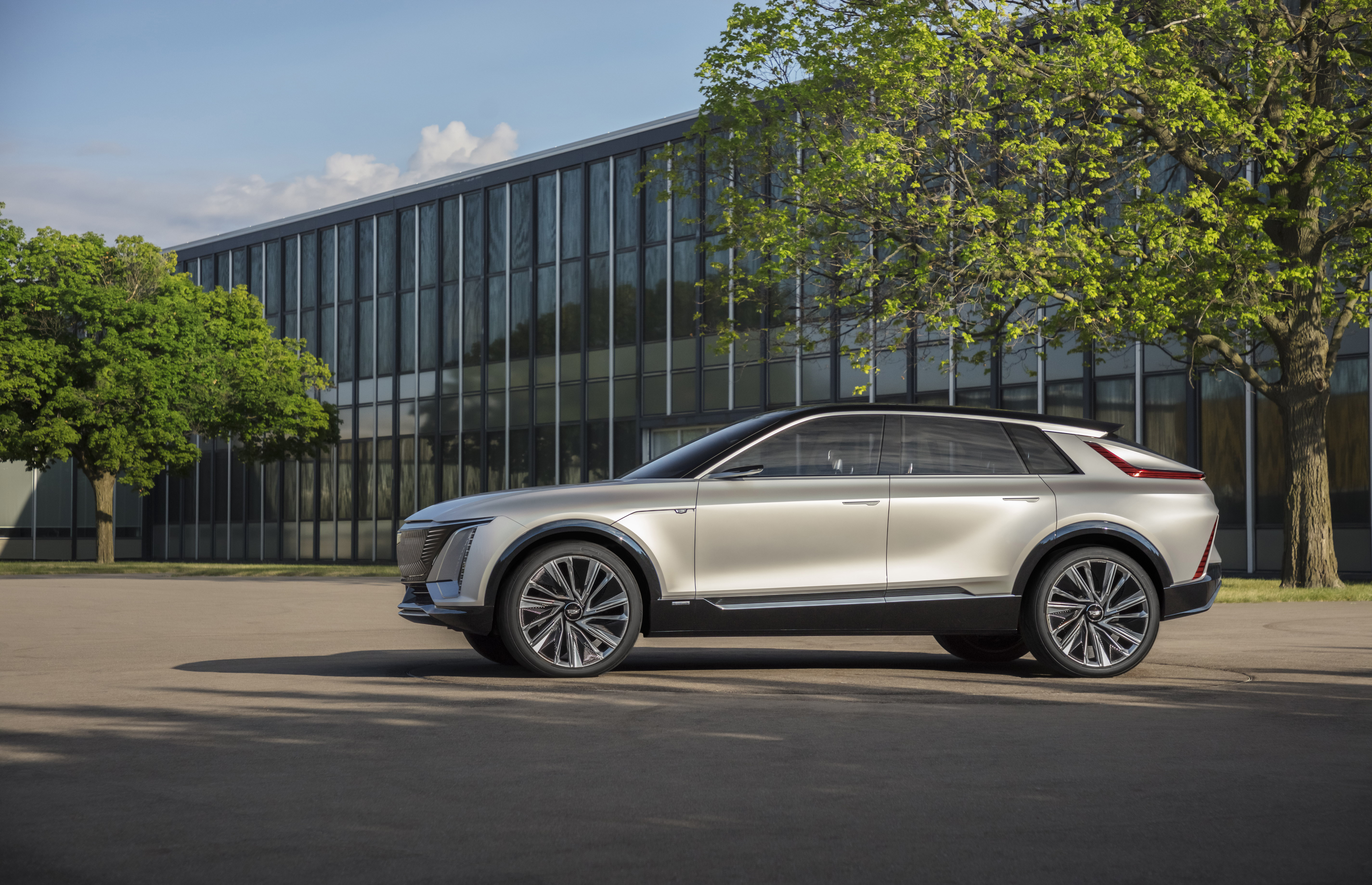 Cadillac is planning for an electric future, too. Its first e-vehicle will be the Lyriq, a luxury mid-size SUV that will hit our market in 2023. This design does double duty as a concept model and the harbinger of a whole new era of design at Cadillac, showing just how much freedom electrification gives the creative team. Of particular note is the futuristic, minimalist interior featuring a 33-inch curved dash display that replaces nearly all the physical controls. 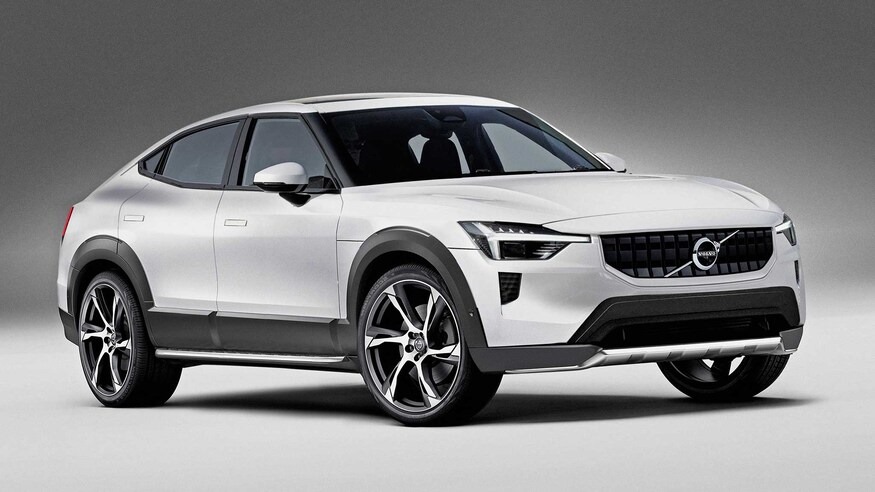 Crossover coupes have been all the rage in recent years, especially among luxury automakers. Volvo will add its own to the mix with the XC100—but not until 2024. At the same time the next generation of the XC90 will be completely redesigned around the new all-electric platform. Volvo has also confirmed that an XC100 Recharge version will be offered with four-wheel drive and an electric powertrain. A plug-in hybrid version is also in the works.

Believe it or not, supertrucks are going electric too. The GMC Hummer EV will arrive on dealer floors in 2022 and promises to give truck fans a lot to love. A true offroad vehicle, it can raise its suspension, drive diagonally, and even drive through water that’s nearly roof high. Gas trucks can’t do that. GMC promises the new Hummer will generate up to 1,000 horsepower and more than 10,000 pound-feet of torque. It will be able to go from 1 to 100 kilometres/hour in 3 seconds flat and have a range of more than 500 kilometres on one charge.

Can you believe the current-generation Nissan 370Z hasn’t changed in over ten years? In the world of cars, that’s an eternity. No wonder Nissan is finally planning to revamp its iconic two-seater. The Z Proto concept was unveiled in fall 2020 for a sneak peek at the next generation of a sports car that’s not only highly valued by performance aficionados but goes all the way back to the 70s with the Datsun 240Z. The Z Proto will give a nod to that heritage with style points from the 240Z.

This concept vehicle was supposed to debut at the 2020 New York Auto Show. Then COVID-19 struck and large events were cancelled everywhere. Instead the Hyundai Prophecy was unveiled online. As the name suggests, it is intended to announce a new era of affordable electric sports cars from Hyundai. The South Korean industrial giant has yet to say when it will hit the market, but the Prophecy still offers a clear view of the automaker’s next style direction. The Prophecy proves once again that there’s no reason an EV can’t be both sexy and sporty. 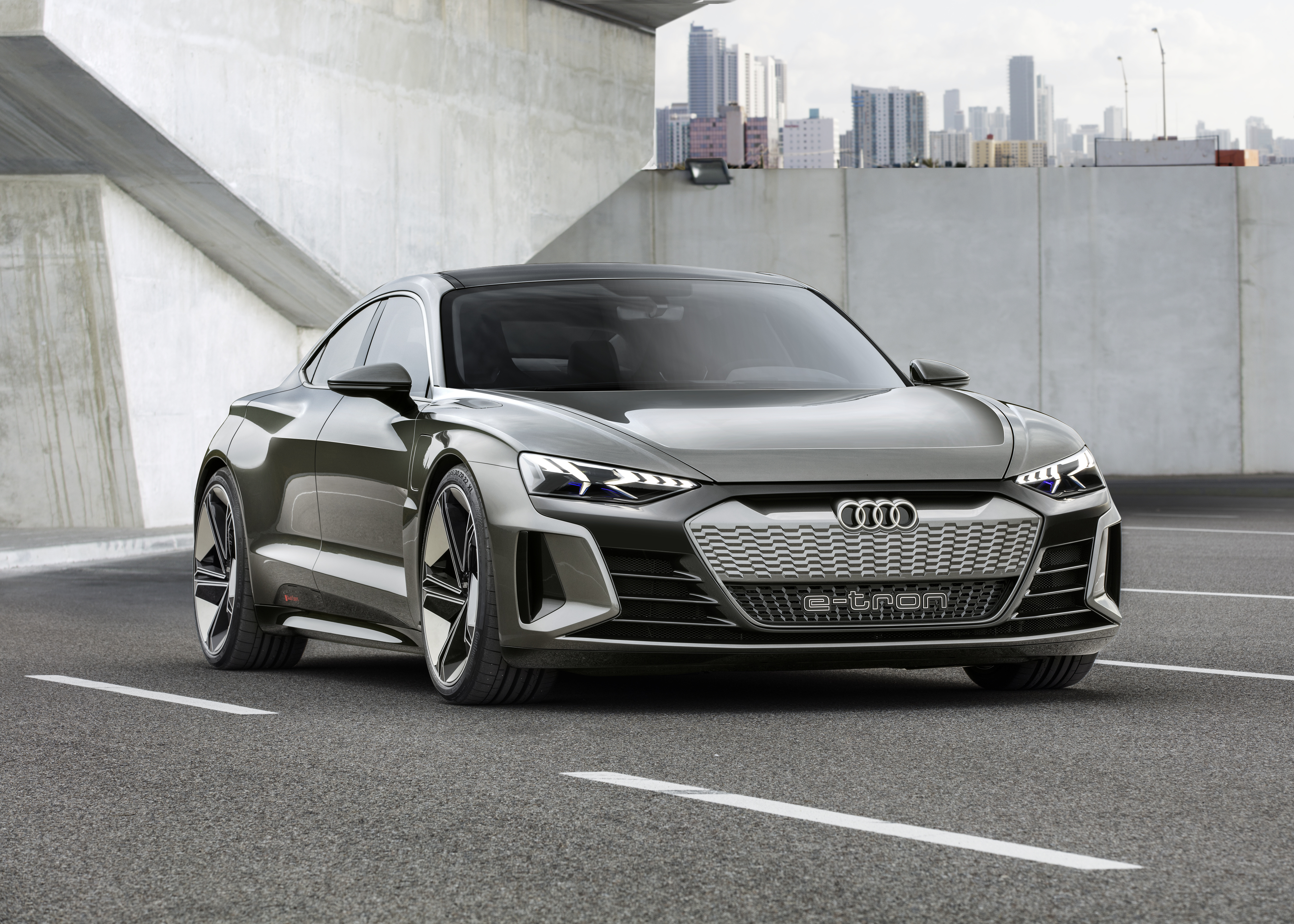 This Audi concept was originally unveiled at the LA Auto Show in 2018. It’s due to go on sale in North America in 2022. The e-tron GT is an all-electric sports car that takes a lot of its technical components from the Porsche Taycan. Audi promises explosive power and plans to assemble it in the same plant as its R8 supercar. The manufacturer has even developed a special sound for the car to satisfy drivers who are partial to the combustion engine (it’s synthesized by the audio system). 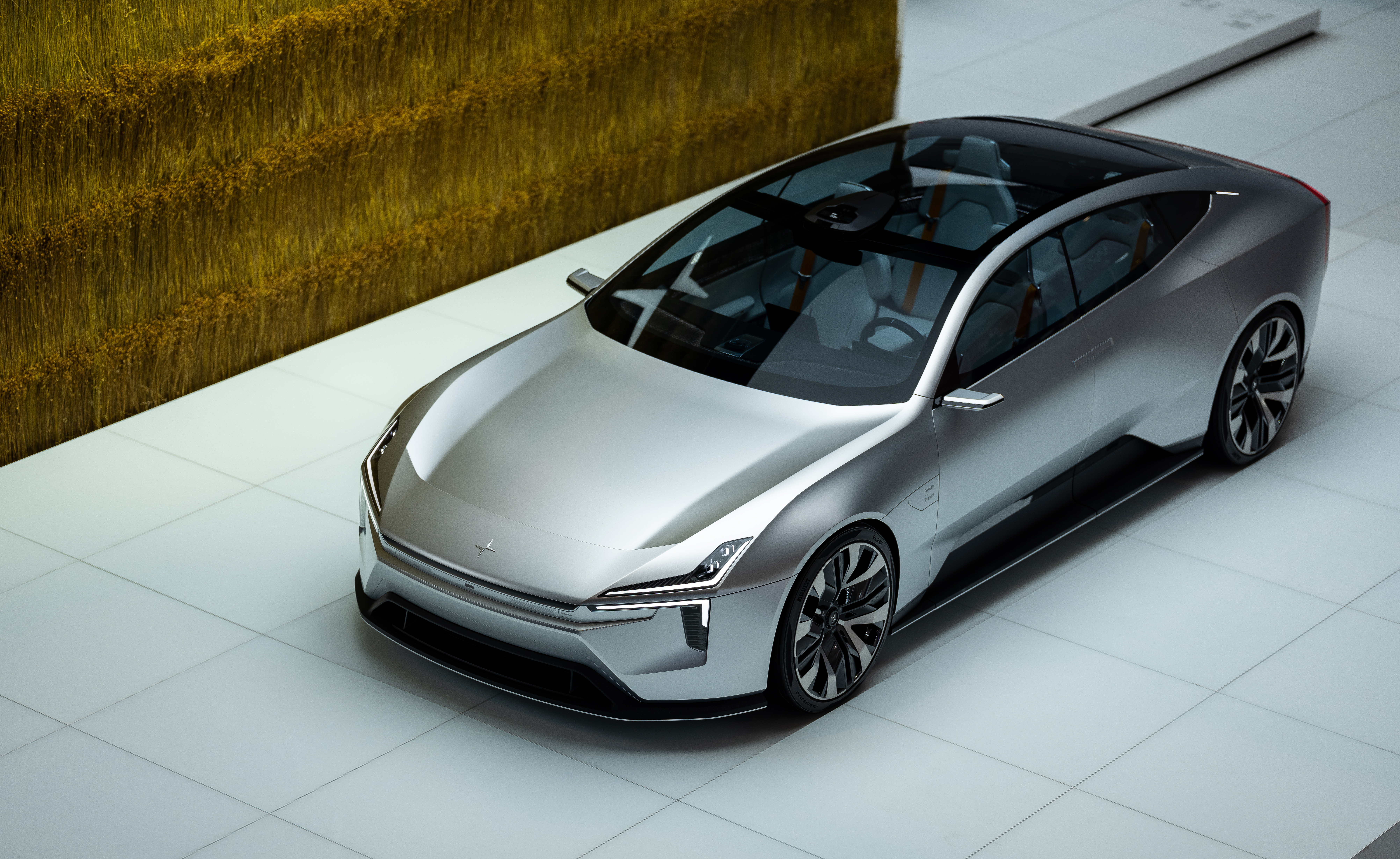 The stunner of the list is the Polestar Precept. This electric speed demon shows off a whole host of features that will be used in future models from Polestar, the electric division of Volvo.

The Precept not only foretells the future of the brand’s design thinking, it also uses sustainable materials. Interior components are made from a flax-based composite instead of plastic in many areas, and the seat fabric is vegan, made entirely from recycled plastic bottles—which also reduces the car’s weight by about half.

If you are thinking of changing your vehicle for one of these new models, don't forget to submit a quote for your car insurance.

Your car hits the water: Is the resulting damage covered?

What do you do if somebody hits your car in a parking lot?

What affects the insurance premium on a convertible?