It’s fair to say that the first generation of connected objects has already arrived and their manufacturers are now trying to fine-tune them. For a little over two years now, trailblazers in this industry have been trying to bring everyone together under a communication protocol that would allow various—and at first glance seemingly unrelated—objects to communicate with each other via the Internet.

Picture this: you’re on a business trip on the other side of the country, but the WiFi security camera at your front door has a motion detector. If someone approaches, it notifies the lighting system, which switches a few lights on and off at random or turns on the TV to give the impression that you’re at home. Not bad for a burglar deterrent!

A front door fit for the 21st century

We’re getting closer and closer to this reality, even if we’re not quite there yet. This winter, the company Kevo, which sells an electronic lock controlled by your smart phone via Bluetooth, added a wireless bridge to its catalogue. The accessory connects with compatible locks nearby and links them to a WiFi hub and then to the Internet, so you can control your locks from anywhere in the world. 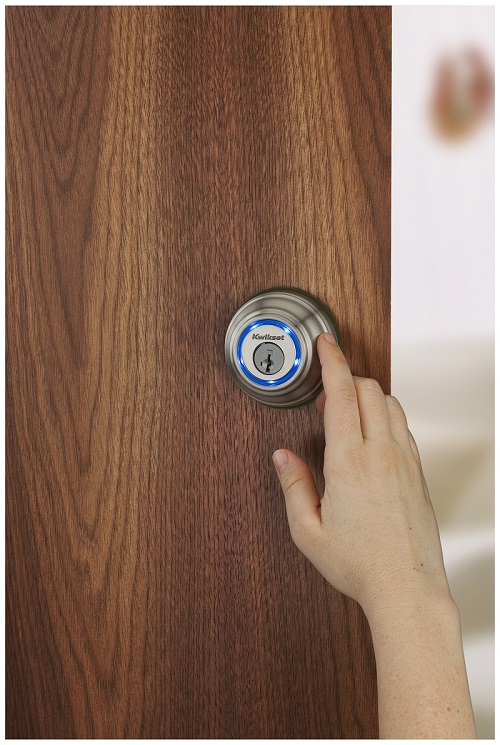 Another small American company called Ring just released a next-generation doorbell equipped with a camera, a microphone, and a small speaker. And a WiFi antenna, of course. 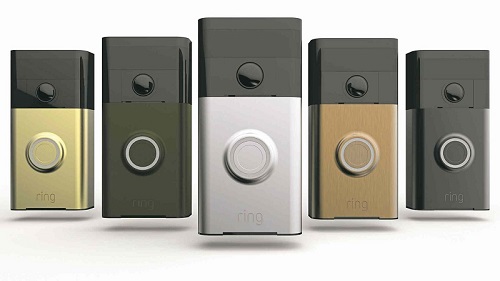 When someone presses the Ring video doorbell, it rings (obviously), but it also sends an alert to the mobile device of your choice. The app live streams the video from Ring’s doorbell camera, and you can even have a remote conversation with the caller. The Ring video doorbell also has a motion detector to notify you of any movement, suspicious or otherwise, within a field of vision ranging from the three meters directly in front of it to much father away.

The Ring doorbell and Kevo lock are two devices that allow you to remotely manage who goes in—or out—of your home. Until recently, these two accessories which live just a few centimetres from each other had very little in common.

That all changed when the people at Ring updated their video doorbell software to incorporate other popular connected objects with early adopters of this new technology. These include the Kevo lock (marketed under the brand Weiser in Canada) as well as certain lighting products like the WeMo accessories sold by Belkin.

That way, when someone rings the doorbell, you can quickly see who it is, have a conversation with them, and even unlock the door— all without getting out of your chair. Or without even being at home, because you can instantly access the system remotely through the Internet. It’s handy when the kids get home from school having forgotten their keys and you’re still at work. Or if you trust the Purolator delivery person to drop off a parcel you’ve been waiting for while you’re away!

It might seem trivial, but it’s possible, accessible, and affordable. What’s more, it brings you one step closer to automating certain household tasks through the magic of the Internet.

The next step is getting the house itself to recognize people who come to the door and unlocking the door automatically—or refusing entry. Don’t laugh: it’s coming. Cameras that can identify people’s faces are already on the market. It’s just a matter of time before someone combines this technology with a WiFi lock and a video doorbell.

And when they do, you’ll no longer be the brains of the operation!

How do you maintain good relations with your neighbours?

What moving equipment is essential for a safe move?